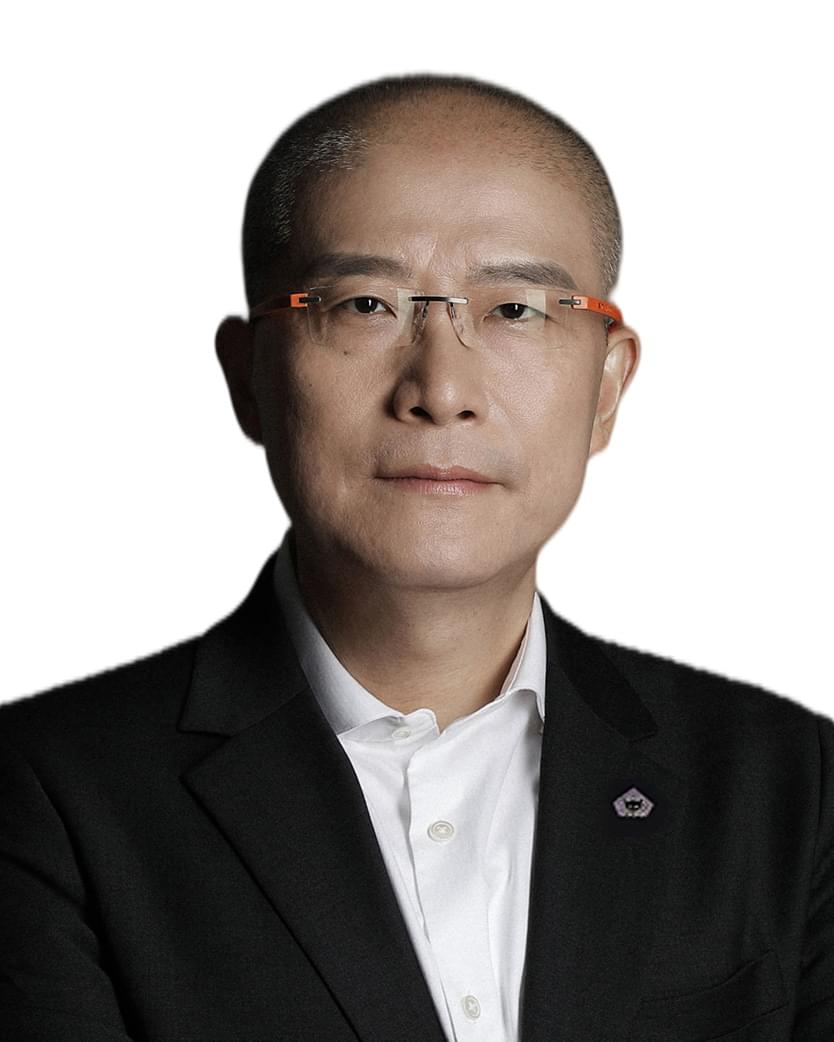 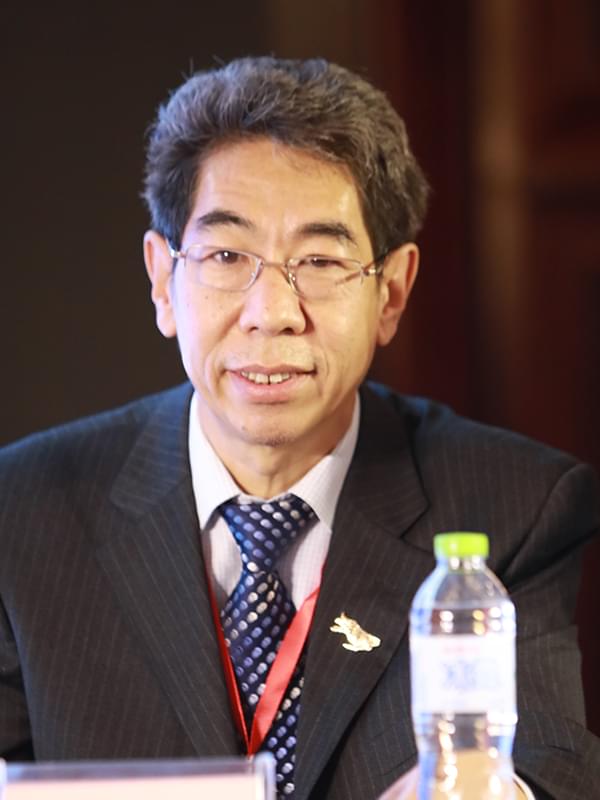 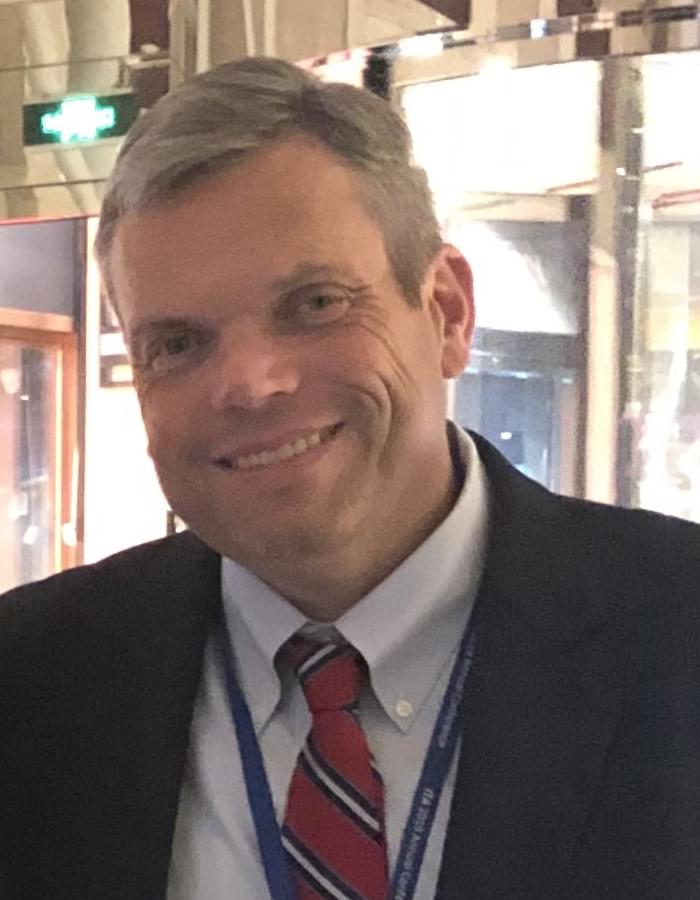 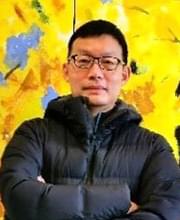 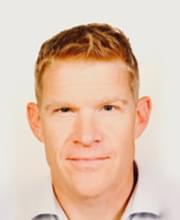 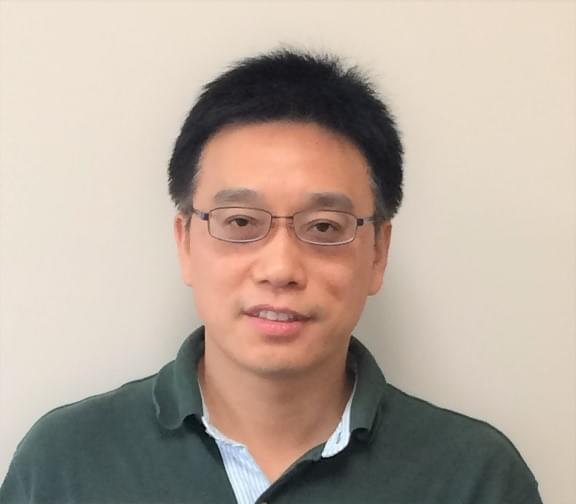 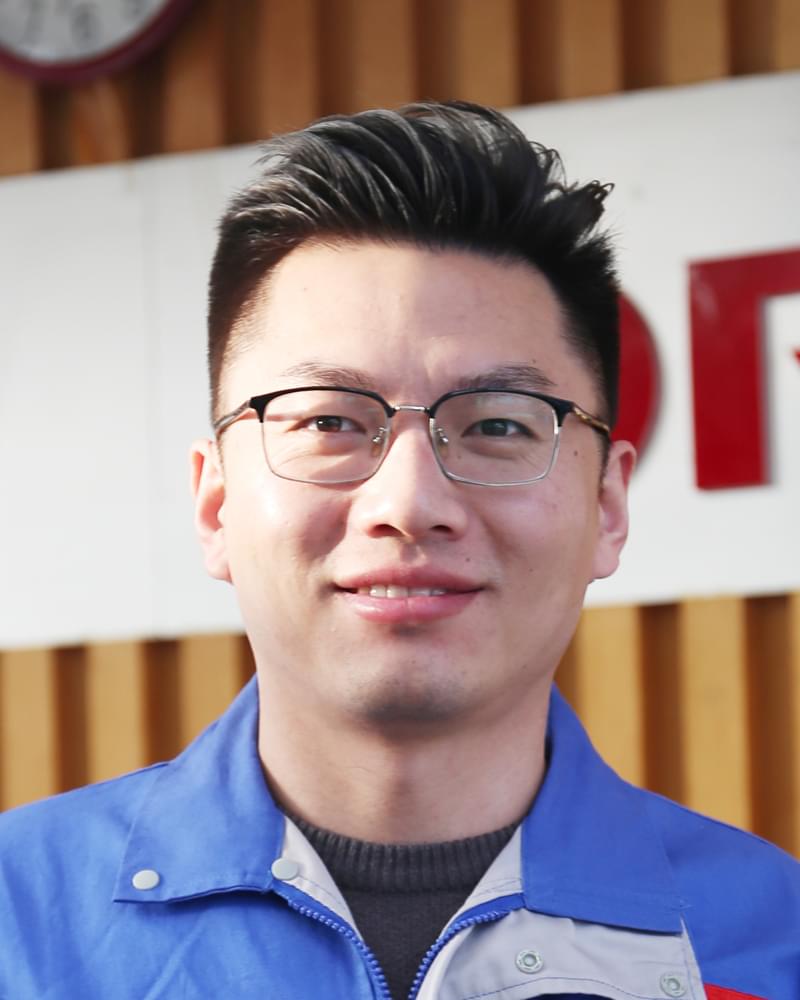 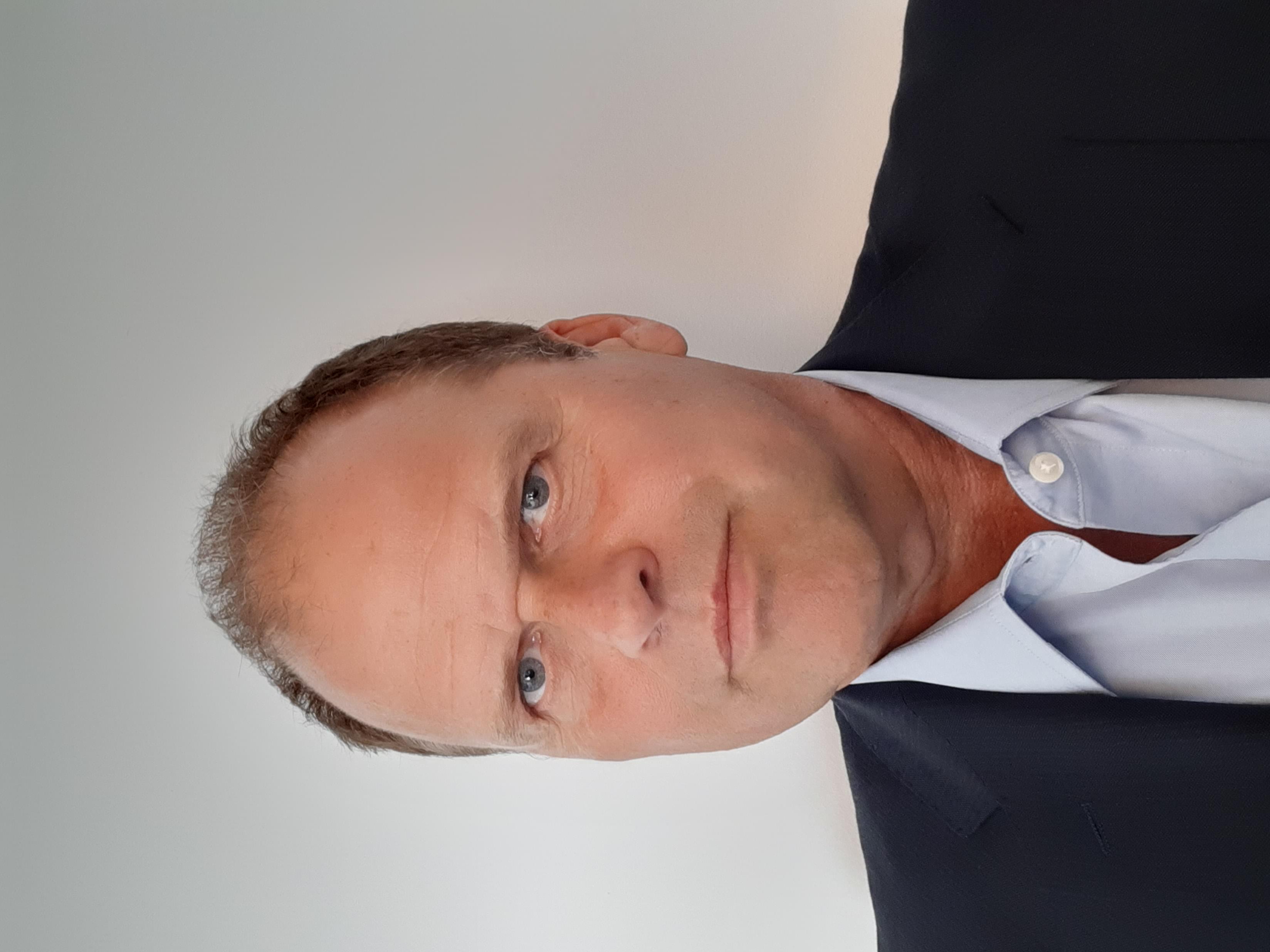 Director of SNOXTM Business at TOPSOE 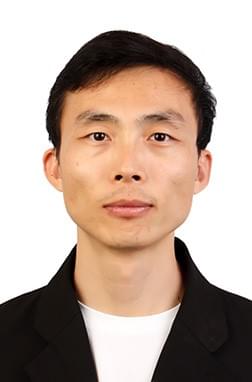 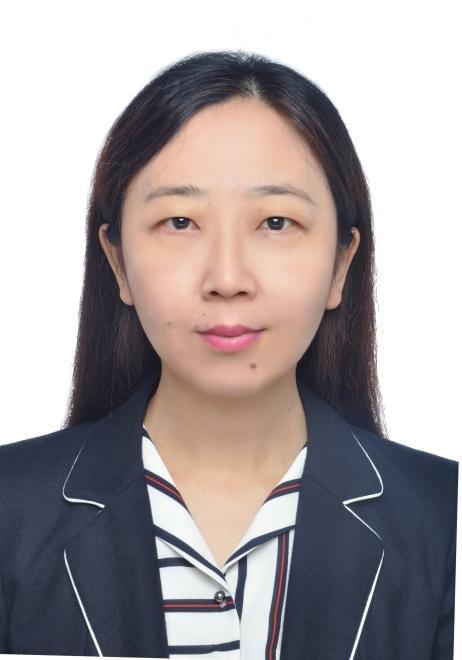 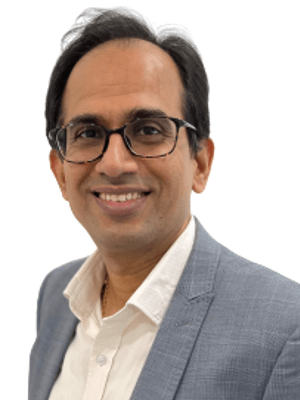 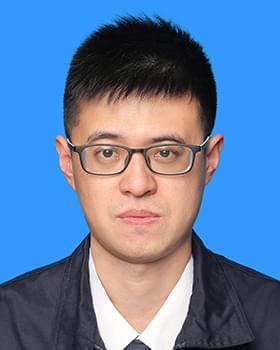 Before joining the team at Smithers, Guilliams spent several years in leadership at Polymer Valley Chemicals, Inc., as Technical Director and Vice President of Technical Operations. Prior to his time at Polymer Valley Chemicals, he held technical and commercial roles at Hankook Tire, EASTMAN Chemical Corporation, LANXESS Corporation, and Bridgestone Americas Tire Operations.

Zhong Jianghua (Eco), Master of Applied Chemistry of Qingdao University of Science and Technology, MBA of Manipal Global Nxt University, is currently the technical support manager of Bora Carbon Black in China. He has rich experience in the production, quality management and application technology of carbon black products.

He got a lot of honour and awards including distinguished professor of the first batch of 652 scholars program of Sichuan University of Science & Engineering, at Zigong city Sichuan Province and local chief expert of polymer materials service. His research interests are in carbon black materials, CB/polymer materials, silicon carbon anode material . He has presided over more than 80 scientific research projects, including the there National Natural Science Foundation projects and the Innovation Fund for Small and medium-sized Enterprises under the Ministry of Science and Technology . Up to now, He has published over 100 papers in peer-reviewed journals such as Applied Surface Science, Carbon, polymer. He has published over 30 granted patents. He is also at the editorial board of of Chinese famous academy periodicals such as New Carbon Materials, Carbon and Carbon Technology. Besides, he holds a lot of posts concurrently including the 7th and 8th Board member of China Corrosion and Protection Association, and the standing director of Sichuan Corrosion Association.

Prof. Jarrn-Horng Lin graduated from National Sun Yat-sen University, Taiwan, in 1989 and received his Ph. D in 1999 from the Department of Chemistry. He is a Professor at the Department of Materials Science of the National University of Tainan since 2013 and became the Chairperson of Dept. Mater. Sci. of NUTN since 2019. Additionally, he served as a Researcher and Project manager at the Research & Development Center of the Chinese Synthesis Rubber Corporation (CSRC) during 1993-2003. He established the Carbon Society of Taiwan (CST) in 2017; served as the General Secretary of the CST during 2017-2020 and is a standing supervisor of the CST since 2020.
His research activities focus on carbon nanotubes, general and e-conductive carbon black, polymer reinforcement, energy storage materials (mainly EDLC and sodium-ion batteries), and environmental wastes converting into carbon materials and hydrogen fuels. He has published over 50 SCI papers with a WOS h-index of 19, i10 index of 30. He has given over 25 plenary/keynote/invited lectures at various conferences and won eight times Reward College Talents of MOST(2013-2020), Taiwan, and the Best paper award at the international Nano-Micro Conference in 2018, Dec. 17-20, 2018, Jeju Island, Korea. He also holds and as the chair 8 times of the cross-stair symposium on new carbon materials since 2012.

Martin von Wolfersdorff is a consultant specialising in alternative rubber fillers and tire pyrolysis. He is in contact with over 320 tire pyrolysis companies globally and advises tyre manufacturing associations, tire manufacturers, tire collectors, refineries, pyrolysis technology providers & operators on the global tire pyrolysis industry and the marketing of recovered carbon black. Previously, Martin worked in the carbon black industry with Cabot, in the custom colour masterbatch industry with Americhem and in the white pigment industry with Huntsman Pigments. Martin holds a Dipl. Ing. (Univ.) degree in chemical engineering from the Friedrich Alexander University in Erlangen-Nürnberg in Germany.

Dr. Jerry (Zhen) Lai is the R&D Director at Birla Carbon based in Atlanta, USA. Jerry is responsible for new product development and technical service for Specialty Blacks applications in Coatings, Plastics, Inks, Sealants and Niche. Prior to Birla Carbon, Jerry held multiple technical leadership positions at Xerox, Momentive, and Hexion, with years of experience in product development in the chemical industry.
Jerry Holds Ph.D. degree of Chemical Engineering from Leigh University, a Master, and a Bachelor’s degree in chemical engineering from Tsinghua University. He has over 20 publications, 30+ granted patents, and many conference presentations.

Director of SNOXTM Business at TOPSOE

Jia Weijie received master degree of chemistry from Tsinghua University in 2010. He joined EVE Rubber Institute in 2013 and worked as chemical engineer, manager of department of Rubber Chemicals, and Vice-President. His research area is about fundamental science in reinforcement and vulcanization.

Xiaoyan Chen, Assistant President of Doublestar Group Co., Ltd. , Secretary of Party Committee of Ecostar Environmental Industry, and Senior Engineer. Current member of the expert committee of the China Tire Recycling Association, expert of the Shandong Equipment Manufacturing Association, the vice chairman of the CIO think tank of the Shandong Information and Industry Technology Integration Promotion Center, expert of the expert bank of the Qingdao Municipal Bureau of Industry and Information Technology, awarded with honorary titles of Excellent Chief Data Officer of Shandong Province and Excellent Chief Information Officer of Shandong Province.
In recent years, she has been actively exploring the high-quality development oriented to ecological priority and green development, leading her team to develop the international leading "intelligent green cracking for waste tires and carbon black deep processing equipment", making overall arrangement in constructing several "Industry 4.0" intelligent factories for waste tire recycling, and creating a green closed-cycle industry chain of "resource-product-waste-renewable resources". Her work has been helping the industry to develop in a green and sustainable way.